I’ve missed blogging this year. For those who have been on this healing and recovery journey with me, my absence may have been worrisome. For my absence and silence, I apologize. There are many of you who have been interactive, sharing your encouragement, support, and concern. Hopefully, you know who you are.

One day, hopefully in the not too distant future, I’ll have the time and wherewithal to catch you up on the comings, goings, and transitions I’ve been experiencing over the course of the last five months. For now, a brief synopsis:

December 2013: My youngest daughter turned five. There was a major conflict between her father, my (then pregnant) oldest daughter, and her boyfriend. This conflict precipitated and triggered a near nervous breakdown for me. I took our daughter and left for several days. During that period I decided on a separation of indeterminate duration in order to get focused on my well-being.

January 2014: I finally got government sponsored health insurance due to the ACA. A complete medical physical revealed that I had a variety of health issues, related to lifestyle and stress which combine to create Metabolic Syndrome: Type II Diabetes, Thyroid Imbalance, Cholesterol Imbalance, and Morbid Obesity. In conjunction with those things is Fibromyalgia. During January I got connected with mental health services as well as support services for domestic violence and trauma survivors. Please note that “domestic violence” identified in my case was not physical, sexual, or even overtly verbal. It was the conflux of two imbalanced, toxically codependent people in a closed system, in an almost 20 year pattern of mutual destruction of autonomy.

February 2014: Through the mental health provider I received confirmation that I do indeed experience a bipolar disorder, as well as PTSD – both of which were present, unrecognized, and untreated prior to the beginning of my relationship with the father if my youngest child. My youngest got very ill with the flu and pneumonia.

March 2014: My son and his wife experience a miscarriage the week before my daughter went into labor, birthing my first grandchild six weeks early. Then my daughter’s family lost their housing during the three weeks they were living in the Neonatal Intensive Care Unit. This precipitated the final breakdown in the relationship between my daughter’s father and myself. During this time I also received the final evaluation report from the Early Childhood Services team at the local school district that my youngest experiences Autism Spectrum Disorder on the higher, functioning end of the spectrum, indicating Aspergers. By the end of March, there were five of us living full-time in my tiny two-bedroom apartment, with the father if my youngest staying on the weekends. My adult daughter returned to work at three weeks postpartum.

April was spent adjusting and transitioning with all of these changes. My eldest daughter’s boyfriend was given a part-time job under my son’s management and her work hours have increased. Last weekend three major items moved out of my apartment so that my youngest and her father are now able to spend their weekends together elsewhere. He still has a lot of things here, which REALY need to go ASAP, but with the bed, the extra large flat screen, and sofa gone, the weekend tensions have been reduced.

There continues to be many things needing attention and resolution. There are many meetings, appointments, and classes requiring my time, energy, and attention. Putting as much focus and energy into parenting, grand-parenting, and self-care as possible in the midst of it all is my focus. Thus, the lack of writing.

I need to get back into the writing. This month the 28 Days to a New Me personal transformation group has a writing focus. I have committed to writing out an inspirational thought or poem and creating a shareable graphic wit it for the first 28 days in May.

I started on April 30th with this one:

I choose to be entertained rather than offended. It disarms the ignorant and idiotic while empowering me to have a better day. ~ Lillian E. Moffitt 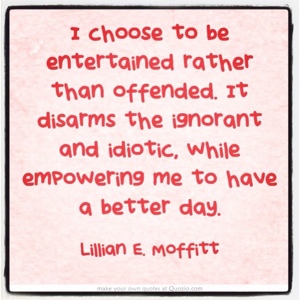 Present in the now
Experiencing the warmth
Acceptance is Peace 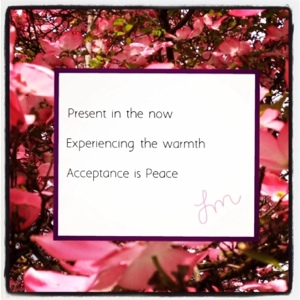 So, each day for the next 27 days, I will share what I put together for this month’s challenge. 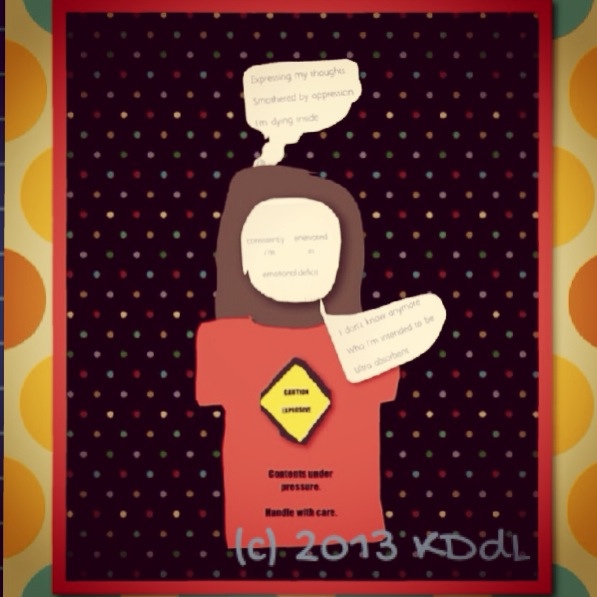 Expressing my thoughts
Smothered by oppression
I’m dying inside 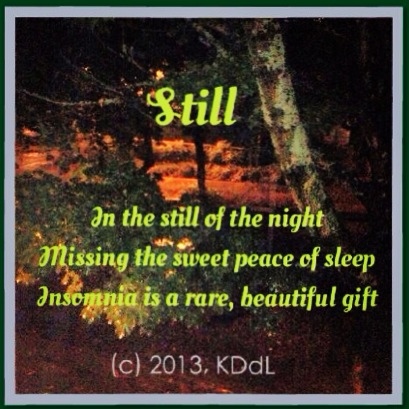 In the still of the night
Missing the sweet peace of sleep
Insomnia is a rare, beautiful gift 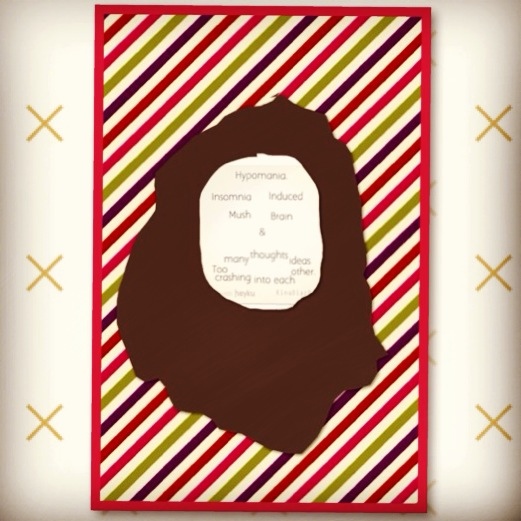 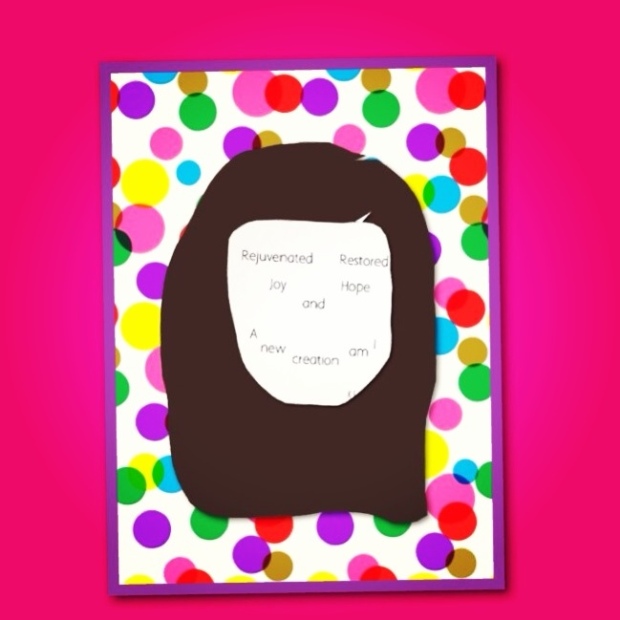 Rejuvenated Restored
Joy and Hope
A new creation am I 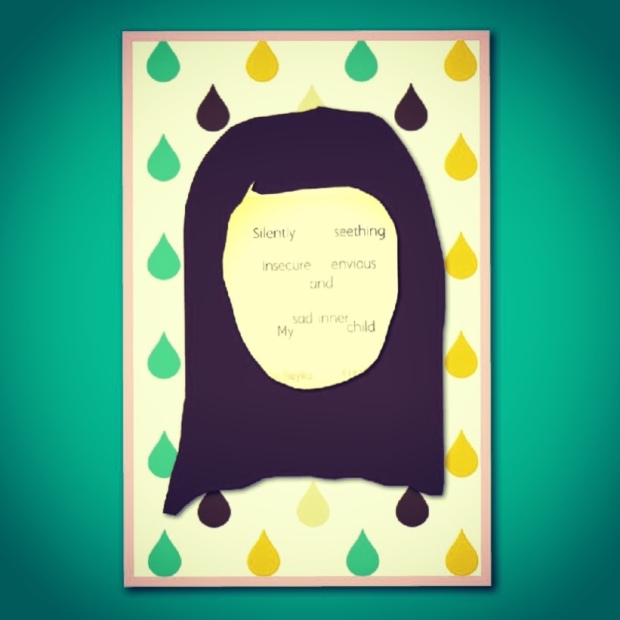