Today, in prayer group, I was given the picture of sin, not as wrong behavior performed and acted out by bad people but in the following way:

A child has been wounded and battered and left on the dirty ground, subject to the vagaries of the weather and the people and society around her. She has done her best to protect herself, pick herself up, wipe herself off, and cover her wounds. She’s sought after people, things, organizations, and religion to rescue her, teach her, provide for her, and heal her. But none of them do much for long and it never lasts.

All along, there’s been One who has seen her struggle, knows her hurts, and is carrying clean clothing, and has a healing touch, but who recognizes that she is a person who should be respected to make her own choices and decisions. So, He has made himself known to her at different times and in different ways and she would talk to him and let him help her a little bit at a time some of the time, but not often and not for long.

So, she remains covered in dirt and the wounds are festering with infection and the more she tries to take care of herself, the dirtier, more wounded, and infected she becomes, until she reaches a point where she’s at the end of her strength, knowledge, and understanding. So, eventually she does collapse under the weight of the dirt and infection that has so consumed her and she turns and looks at Him and says, “I’m sorry but I can’t go on, You’re going to have to carry me.”

Immediately, He rushes in, scoops her up tenderly and takes her to a clean, quiet place where he carefully and slowly begins to wash away the dirt. It takes many cloths and much water because there are many layers to be washed away. Once those layers of dirt are cleaned away, the scabbed over and festering wounds can be seen and opened up and cleaned out. This is a painful process, but she has finally reached the point where she trusts that this pain is a healing pain and she looks into his eyes and listens to his voice and lets him hold her still as he cleans the infection out of the wounds.

It doesn’t matter to him that some of the dirt and wounds were self inflicted because she chose to walk away from him or if they exist because of what others did to her. He only cares that she finally is letting him in and trusting him enough to take care of her, clean her up, heal her, and restore her to what she was always intended to be. 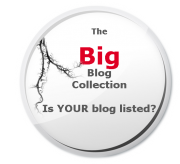